Our Family Helping Your Family…

Beau, who is part of a long time Gainesville family, brings two things that make him uniquely suited to deal with your family and your departed, loving companion – his ethics and an endearing love of animals.

Both of these attributes are firmly rooted in his family, which goes back three generations in Gainesville. The Crevasse’s legacy of dealing fairly and honestly with their customers started with Beau’s grandfather, Joe, who served as Alachua County Sheriff and started Crevasse’s Regency Florist. Incredible ethical standards continued with Beau’s father, Buddy, who was a highly respected sheriff’s deputy until his retirement a few years ago. His mother, Minnie, continued that family tradition operating Crevasse’s Regency Florist. Beau maintains the same Crevasse’s high standard of ethics.

For generations, pets have been a part of the Crevasse family. It took an extraordinary relationship with one specific dog for Beau to really understand how he feels about animals. Rex, a yellow Labrador, came into Beau’s life, and as companions the two became closer than owner and pet. Rex was a huge part of Beau’s personal and professional endeavors until his passing on November 26, 2014. Rex was not a stay-at-home-dog, and Rex would greet visitors at work with that same welcoming attitude as the rest of the family. He is greatly missed.

It Would Be Our Pleasure To Serve You! 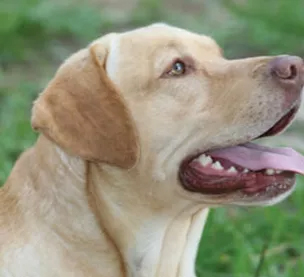